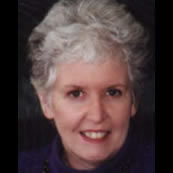 How I was saved

I have been a Christian since 1982 and was saved through Hal Lindsey's Late Great Planet Earth. Knowing that Christ loved me, even with all my faults brought me to my knees. Shortly thereafter a neighbor invited me to go to Calvary Chapel. I had been exposed to a cult as a young child so studied Bible Doctrine, Bible Prophecy and all the cults for the next 20 years while attending Calvary Chapel, not wanting to ever get caught up in false teaching ever again.

I spent most of my Christian years in ministry witnessing to those in cults, or those who have been lied to and confused by regular churches or false prophets. I also spent 7 years on different mailing lists witnessing to ex-Jehovah's Witnesses, Jews, athiests, etc.

In the late 90's I set up a mailing list inhabited by some of the world's top Bible Code experts, called "Tcode" (Short for Torah Codes). I eventually came to the conclusion that the "codes" were not of God (they can also be found in the daily newspaper). See some of the negative bible codes we found like Satan is God, etc.

One of my favorite pastimes has been to solve so-called contradictions in the Bible. I set up Endtime Prophets so I could compare what the scripture says with the teachings of false prophets and other false teachers leading the sheep astray, like False Prophet Kim Clement who claimed there would be two presidents in 2021, which I have disproved.

While at Calvary Chapel I took a caregiver class and became a certified "Stephen Minister" (one-on-one counselor for those going through a crisis). I was also trained to lead a support group for women, and was a worship leader with my guitar for small home Bible study groups for 8 years. Because I used to be a seamstress I also made costumes and helped with Calvary Chapel's alternative to Halloween, the Hallelujah Party, and was the costumer for 2 Passion Plays, with about 30 characters each, while at Calvary Chapel.

After Calvary Chapel I attended Forth Memorial's church for awhile. I had just graduated from Fourth Memorial's Evangelism class when they started promoting an Ecumenical group I had just critiqued on this website. I left there and attended Four-Square with a friend for awhile, but left there when they distorted speaking in tongues. I also attended 2 different Messianic groups. I left the first one when the leader enforced Kashrut (dietary laws, i.e., Works) and the other wasn't much better. I then checked out numerous other churches before moving to a small town where the most suitable church was a Baptist church.

With the Covid shutdown I have been listening to Les Feldick videos every night after dinner for the last 4 years - the best teacher I have ever found that rightly divides Works vs Grace, and the Church vs Israel (in spite of uninformed baptist friends thinking Feldick is running a cult). I have found the doctrine.org, bereanbiblesociety.org and graceambassadors.com sites good sorces for studies on bible doctrine.

I have taken spiritual gifts tests 3 times in 3 different churches. The first and second time resulted in the gifts of teaching and discernment. The third time I was told I had the Gift of Prophecy. I balked at that at first until I learned that this was one who upheld the Word of God.

When I see someone distorting the Word of God I have a burning desire to do something about it. I also have a BA in English/Creative Writing through EWU in Cheney, WA and worked as an assistant in the Willow Springs poetry magazine critiquing stories and poetry, both of which were focused on critiquing other's writing. So with all those qualities I believe I'm qualified to critique false prophets and teachers and those distorting the Gospel.

I often get hate mail from false prophet worshipers, claiming I'm a Jezebel, a malicious gossip, a slanderer, a hateful person, etc., etc., for daring to critique their favorite so-called prophet. Besides praying for them (and myself not to relay any fleshly barbs) when responding to their letters, I keep the following verse in mind when replying to their letters:

Bless those who persecute you; bless and do not curse. Romans 12:14

I have written several in-depth Bible studies, including What Day of the Week was Christ Crucified? and Do all Infants Go to Heaven? and have also set up a website called Endtime Poetry, written by other Christians, that you might enjoy. I've also written several poems based on scripture. I often spend sometimes hours per day responding to doctrinal errors posted in bible study groups on social sites as I find that is a good way to study the scriptures.

I believe the Bible is the inspired Word of God, even though there may be errors in translating the original scriptures to English or other languages. While our current modern Bibles may have minor errors they can still be trusted (if you compare scripture with scripture) because the Bible is written in such a way that you can't mistranslate one verse when the same doctrine or teaching is repeated throughout the bible. To purposely distort the Bible you would have to rewrite the whole thing like the Mormans or Jehovah's Witnesses.

Why I do not adhere to the KJV-Only Theory

As you may have noticed, as the editor of this site, I do not normally use the KJV in my articles for several reasons:

Another reason I'm not too keen on the KJV is that King James in the 15th century deliberately forced the word "church" in the scriptures where "ekklesia" was written in the Greek, when "ekklesia" actually means "assembly" or "congregation", i.e., it can be referring to either Jews or Christians and even government groups. He did this because HE was the Head of the Church of England and would have no Church Bishop ruling over him, i.e., he did it for POLITICAL reasons.

Tyndale wrote his own version of the Scriptures in 16th century replacing "ekklesia" with "congreation" and was eventually beheaded for it. So just because the word Church is found in the KJV doesn't mean it was a Christian Church. You have to determine that by the context surrounding the word. See this article by Wicked Shepherds for more information

Here is a good study on comparing the different Bible versions and why they "appear" to contradict each other: Why I use the NIV Bible

Here is a collection of videos on this site that expose the "false friends" in the KJV, the words that you don't even know are archaic, like "suffer the little children" in 50 False Friends in the KJV

James White has written a very extensive book exposing the flaws in the King James Only theory called "The King James Only Controversy". He shows how Erasumus, the Author of the Textus Receptus, which the KJV is based on, used the same methods of research as the modern Bible versions (checking multiple Greek texts to translate the New Testament same as Westcott and Hort).

Here is my collection of Bible Study Books: 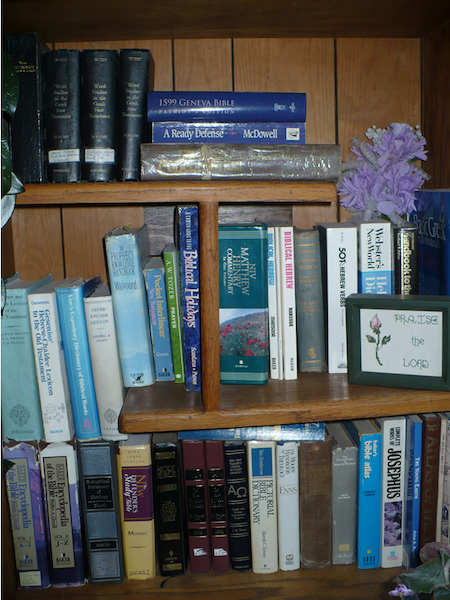 I Believe in Original Sin

I believe that man was created perfect but that through Adam's sin all men (and women) are fallen and we need the saving Grace of Jesus Christ to wash away our sin through the blood he shed on the cross on our behalf.

I Believe in the Trinity

I believe in the Trinity--that God, Jesus Christ and the Holy Spirit are all God and they are one God with separate persons, i.e., God is the Father, Jesus is the Son and the Holy Spirit is a person also. Jesus was born through the incarnation, sinless, and he never once sinned in his whole life and this was the reason he qualified to be the Savior of mankind when he died for our sins on the cross. After his death and burial I believe He rose again on the third day (1 Cor. 15:1-4) with a glorified body and is alive today in Heaven. I also believe he will come again for those who are His during the Rapture, which I believe will be PreTrib.

I Believe Grace is a gift from God

It is only through God's Grace because of our faith in Christ's death on the cross for our sins that we are saved and there is nothing we can do to earn that salvation, except believe.

"For it is by grace you have been saved, through faith, and this not from youselves, it is the gift of God--not by works, so that no one can boast. For we are God's workmanship, created in Christ Jesus to do good works, which God prepared in advance for us to do " (Eph. 2:8,9).

I believe there can be nothing added onto beliving, such as believe and be baptised, i.e., water baptism, or believe and repent, i.e., express sorrow for sins, or believe and obey, i.e., follow commands of scripture, or believe and confess, i.e., make an altar call, etc. All of the forgoing are either misinterpreted or taken out of context when applied to salvation and are a form of what is called Lordship Salvation.

NOTHING but belief in Christ as our Savior is necessary to qualify us as one of His kids. AFTER one believes then the Holy Spirit comes to indwell the believer and starts working in our lives convicting us of sin. Good works will result FROM a true saving faith AFTER one is saved.

I believe in a Pre-Trib Rapture

I believe that the Rapture was a mystery revealed only to the Apostle Paul (which means none of the Old Testament Prophets saw it coming). It can occur at any time (there are no propecies that need to be fulfilled before the rapture), and when this happens the Tribulation will start and after 7 years Christ will return to judge all those who have rejected him as Messiah. The way this world is heading today that can't be too far off.

I believe that God has not Forsaken Israel

I believe that while God has temporarily blinded Israel's eyes where their Messiah is concerned (and postponed their Kingdom on Earth) that their eyes will soon be reopened, if not at the Rapture of the Church, then during the Tribulation with the witness of the 144,000.

I believe in Eternal Salvation

I believe that when a believer is in sin they are out of fellowship with the Holy Spirit. I do not believe this means they can become unsaved, however, because I also believe in Eternal Security, i.e., Once-Saved-Always-Saved. The Holy Spirit will guide them back to the truth as nobody likes living with a guilty conscience.

So even though a true believer strays at times, it does not affect their salvation status which Christ had already paid for when they first believed. All scriptures that are being used to prove otherwise have been taken out of context. Check Bob Wilkin's Grace in Focus newsletter is a great source for articles on this topic.

There's a lot more that I believe but you're probably as tired of reading this as I am of typing it, so this will have to do, and if not, feel free to ask.

Here is a poem I wrote while researching the errors of Lordship Salvation:

We're being
strangled
by apostasy.
Faith
plus works
equals nothing.
God's
grace
rejected;
A precious gift
forsaken
by man's
foolish pride.
Submit,
repent,
accept,
obey,
commit,
receive,
confess,
and baptise
your way
into
deception.
Work
your way
to heaven
if you can.
Waste your time.
Waste your life.
Waste other's lives.
Follow
Satan's
twisted plan
or just believe:
He came,
He died
for me
and you,
He was buried,
He rose again.

I am also a Christian web designer and have built websites for several Christian ministries and businesses.